Conferences > 4. MUNLawS Student Conference at the Faculty of Law
Conferences

4. MUNLawS Student Conference at the Faculty of Law

Between 20th and 23rd October 2016 Faculty of Law, University of Ljubljana organized the fourth MUNLawS Conference. More than 120 delegates from 19 countries made this event unique and contributed to a wide range of ideas and solutions in this year´s committees. Six committees, NATO, the International Court of Justice, the Security Council, the Human Rights Council, the Permanent Court of Arbitration and the UNCAC - Conference of the States Parties to the UN Convention on Corruption passed 12 documents from resolutions to judgements and awards.

Security Council tirelessly worked on the issues of the Lake Chad Basin and the situation of the Rohingya people in Myanmar. Human Rights Council focused its attention on minority rights and the right to privacy in light of cyber-attacks. The UNCAC concentrated on the issues of asset recovery and engagement with civil society. NATO discussed the emerging security challenges: hybrid warfare, cyber defense, international terrorism topics and NATO-EU cooperation. The International Court of Justice dealt with the dispute between Ecuador and Colombia in the case of Aerial Herbicide Spraying. The Permanent Court of Arbitration discussed the dispute between the Philippines and People´s Republic of China in the South China Sea Dispute.

The Conference was aimed at encouraging the discussion of topical matters from the areas of international law, diplomacy, international relations, economy and international security and to widen delegates’ knowledge and perspective about issues in the international community, as well as their rhetoric skills. Delegates showed great collaboration between each other while resolving selected issues and achieving collective goals. Long and productive sessions were followed by exciting social events were delegates had the chance to get to know each other and form lasting friendships. During the closing ceremony 18 awards were given to the best delegates of the Conference. 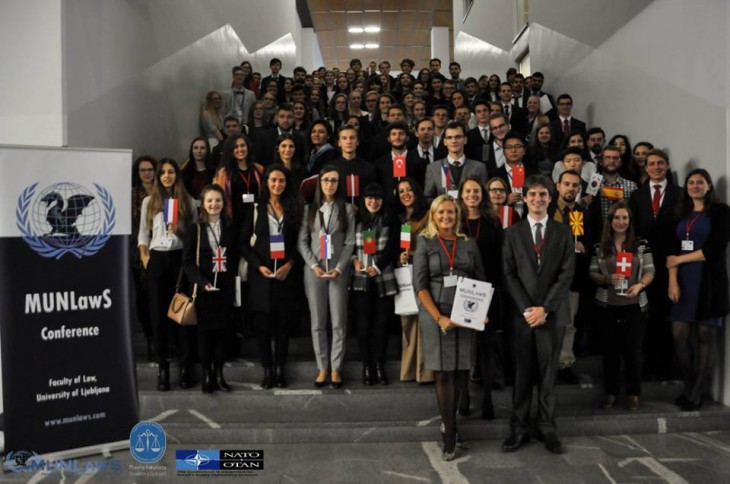 The Conference was supported by NATO's Public Diplomacy Division.